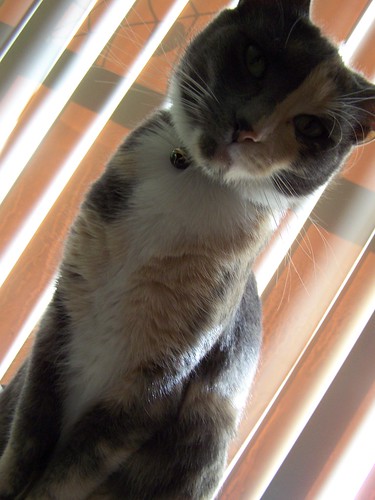 First day of school was... interesting, I suppose. I met Marguerita, or something like that, after getting off the bus near school. She spoke no English, I spoke no Spanish, but we communicated all the way up the hill. It was so very awesome. I saw her later on a different bus, but was half asleep and hoped she wouldn't notice me. She was either too sleepy, too, or didn't recognize me.

The first entire week of Music History in the 20th Century will be going over rhythm, timbre, melody, etc., stuff I have already studied for months now. Understandable, though, as I haven't seen a single person in my class (other than Havela) around the music building at all, so they may have no clue. I also have to write three papers on various listed composers throughout the quarter.

The first day of school is also comprised of going from one long line to another. I don't know why it took me six quarters to realize this.

Thought I had other things to share, but I'm drawing a blank.
Collapse